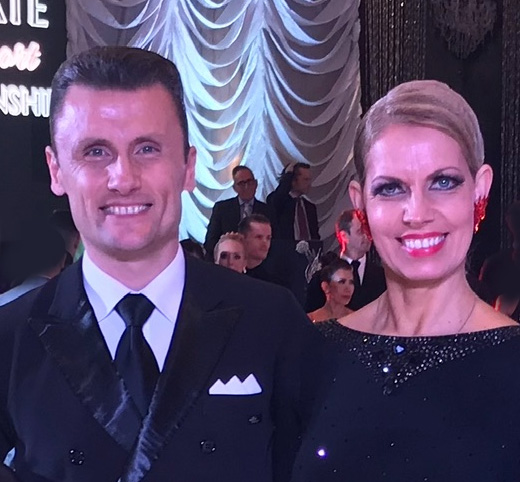 Andrej and Iveta both started their dancing careers at a very early age.  Both being coached by, and attending, the top ballroom schools in their native country of Slovakia.  As each of them noticed the others extraordinary abilities, so did their coaches.  They became partners and so began their ballroom and latin history together.

They started instructing and have been a competitive couple since 1990 competing in both National and International competitions.  Their titles include: 4-time Slovakian National Champions and semi-finalists in the European and World Formation teams.

Not only did their love for dancing grow stronger, but so did their love for each other and soon they married.  In 2005, Andrej and Iveta, along with their young son, decided to bring their extreme talents to the United States where they competed as professionals in the American Smooth division.  At present, Andrej and Iveta are independent instructors, coaching and training in both the American and International styles of ballroom and latin dance.